Current Promo: SAVE 10% On ALL SERIES PUTTERS & Add Any Accessory with 10% OFF! 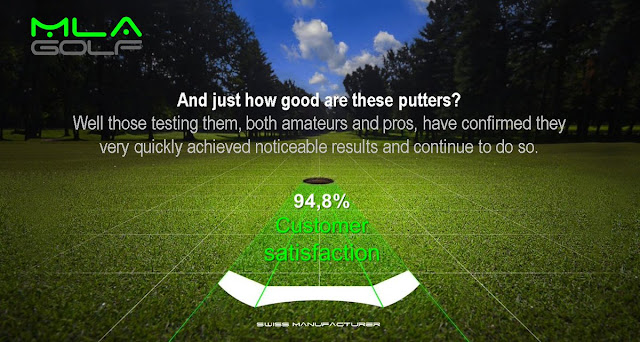 Overview: We were invited to test a MLA Putter and chose the Tour XDream in 36 inch with a SuperStroke CounterCore grip. When we received the putter we were extremely impressed with the look and quality. MLA which stands for Multiple Line-detector Activation is a new patented technology that goes into all of their putters. We were intrigued with this technology and could't wait to roll some putts. The XDream comes with changeable weights (5/10/15 grams) to dial in the exact head weight that you prefer. We set our's up with 15 grams in the toe and heal to provide a stable heavier feel to go with the 50 gram CounterCore that goes with the SuperStroke grip. I have always been a straight back straight through putter and this set-up provided exactly what I was looking for!
I felt confident standing over this MLA Putter before I rolled any putts with it! That's a great feeling and I was hoping the results of my test would would be great as well. MLA Golf has a number of Pros using their equipment including Barry Lane, Phillip Golding, Jean-Luc Burnier, Clara Pietri, Seth Trolia and more coming soon! Read On....... 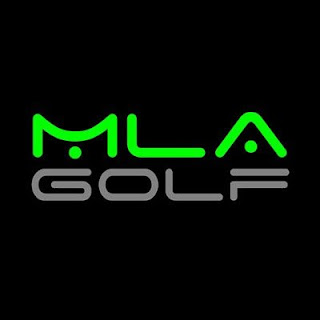 MLA Golf States: About Us: MLA Golf is fast establishing itself as a global player in high-performance golf clubs and equipment, with a strong reputation for innovation and quality.
From its headquarters in Switzerland – a country renowned for precision engineering – MLA Golf is planning an expansion into the U.S. in 2016. And with world-class products that can compete in most market, preparations to enter Japan and China in the coming years are firmly underway.
With its pioneering Multiple Line-detector Activation alignment technology, MLA Golf Putters and Irons are designed in Sweden using leading academic research. Whatever your playing level, you now have everything you need to reach success on even the most demanding courses. MLA Golf never compromises on quality, prioritizing genuine improvements to your game ahead of beautiful design – your clubs will not just look great, but give you the edge for years to come.

The breakthrough MLA Aim Technology, and the research that goes into our clubs, make the green more accessible with every swing and every putt. It’s no wonder that more and more acclaimed golfers across the world are switching to MLA Golf and feeling the difference for themselves.
Now it’s your turn.


MLA (Multiple Line-detector Activation) is the new patented alignment technology that will revolutionize your putting. This is how it works…

We all have internal guides to compare and analyze sensory information that control pace and direction of putts. The MLA putters are designed to take advantage of these guides. MLA Putters worked with Dr. Lennart Högman, Ph.D. Dr. Högman has studied the perceptual process for more than 20 years and has performed studies that have revised the science between the human’s perceptions and the human being’s motor skills.
He says: “An alignment system that acts upon multiple line detectors is a key to obtain veridical motion perception and a perfect in-line stroke surface.”
The brain consists of 100,000 line detectors that are divided into a number of groups that help us decide what is straight. A simple line, for example, activates a group of detectors. When several groups of detectors are activated, these help the brain to make correct judgments.
However, the more line detectors that are stimulated will not automatically lead to a better line judgment. On the contrary, this can create a “competition” between the line detectors that will lead to different degrees of (so called) optical illusions, as shown in the illustrations below (front and perspective views). MLA is developed to activate the maximum number of coordinated detectors for optimal aiming judgment.
All of this leads to a putter that delivers results! 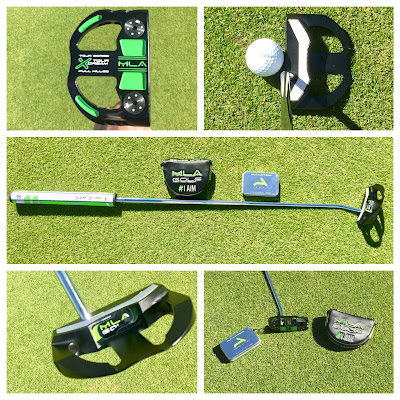 Go Time Golf Testing Session: Again, I will state that The MLA XDream Putter exudes confidence before rolling any putts! MLA Golf has done a phenomenal job with every aspect of their products. We were impressed with the looks, finish, paint fill, shaft, head, grip, alignment system and everything else. This putter is face balanced to perfection and the adjustable weight system allows even further personal preference customization. I purposely left my Scotty Cameron Futura X Counter Balanced putter at home. I wanted to be sure that the MLA XDream had my undivided attention for this session. I spent the first 10 minutes rolling putts to various holes to get a better feel for this putter. Honestly, after about 5 putts I felt like this was going to be a great session! The XDream felt incredibly comfortable in my hands, it produced straight back straight through stroke stable stroke and aligning it was easier than any putter I have ever used! My testing included 10 putts each from 4, 8, 15, 30 and 50 feet.
So let the testing begin! I found a very straight 4 foot putt and used 3 balls at a time going through my entire routine prior to each putt. I will say that from this distance I am typically automatic. I wasn't surprised when I made 10 of 10 from this distance with The MLA XDream putter.
Now on to an 8 foot putt that once again was a straight putt. From this distance the results were a very impressive 9 out of 10 putts made. The putt I missed was a ball short tracking at the center of the cup! I knew as soon as I hit it that I decelerated a bit but it actually went farther than I thought it would.
Next I moved on to a 15 foot putt that had about a cup and a half of left to right break in it according to the read I got using The HoleOut Method. The MLA XDream continued to impress me as I made 7 out of 10 putts from this distance which is well above my average. No 3 putts yet either!
It's time for some 30 footers with about 18 inches of right to left break. This may be where the MLA XDream separated itself from other putters in a big way. The distance control and line was incredible. I drained 3 of 10 putts from this distance, lipped out 2 and the worse putt was 2.5 feet from the hole. NO 3 putts!
As I moved on to a 50 footer with 3-4 feet of right to left break (depending on speed) I didn't want to put this putter down! This putt was flat for the first 30 feet and then went down hill with the break in the last 6 feet of the putt. Again thanks to the HoleOut Method for the awesome read! From this distance I made 1 of 10 and lipped one out with No 3 putts. I did have 2 run by the hole a bit but made the come backers from 4-5 feet. I would say that anything from that distance is a "That's Good" in my mind. I then decided to see what my results would be out of 50 putts mainly because I was in Love with the MLA Dream putter! Out of the 50 - 50 footers I made 4, lipped 9 and had ZERO 3 putts. Stellar Results!
I decided to test how heal and toe putts roll off the face of this putting machine. Every putt came off the face with the same roll as a center struck putt. Even when I missed the "Sweet Spot" by a ball either way the putt maintained it's line and distance! That's Impressive! 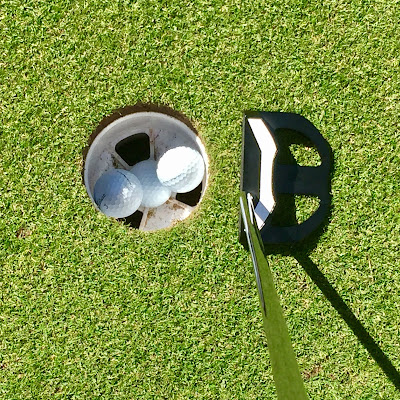 Pros: MLA Golf has changed the future of putter technology. The XDream is one of the most forgiving and accurate hi-tech putters I have ever rolled. MLA Putters are extremely high quality and are sold at a very fair price. I believe that their technology will make any level golfer a better putter!

Cons: MLA Golf Putters are available mainly on line as they partner with retailers world wide. We hope to see them everywhere soon!

Go Time Factor: The MLA Golf XDream is in my bag and my Scotty is out! It' GO TIME! We look forward to testing their other putters, irons, apparel, bags and accessories soon! 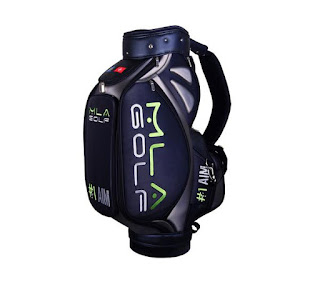 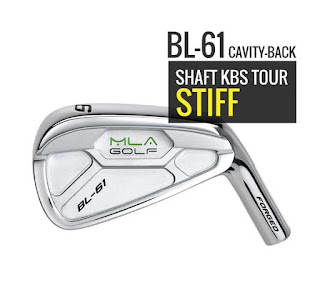