Overview: We have all had those 4 foot putts to win some skins, post our best score or avoid the dreaded 3 putt and miss them! What should be the most consistent part of our game seems to go south under pressure. So, we decide to put that putter in "time out" and try another in our collection or head to the putting green for hours. I do it all the time! Maybe, it's time to understand why you are missing putts that you should have made and get instant feedback through laser technology!

We were introduced to The SteadiHead Putting Aid by it's inventor Bobbi Salmon (pictured below). Bobbi is a veteran of women's professional golf, has been an LPGA member, PGA of America member for many years and currently is one of the most sought after teachers in the U.S.

SteadiHead Putting States: Using the SteadiHead™ one will be amazed to find their eyes aligning and looking straight down a projected laser beam exactly in the direction of the desired roll of the ball.  One will find their head “leaning over” creating a visual view that is caused by the head rotating on a plane rather parallel to the ground, as opposed to one’s normal, upright, “comfortable” (but, misleading) angled view from the eyes to the ball.

The SteadiHead is one of the simplest yet most powerful putting training  aids out on the market today.

The sleek design fits like a pair of glasses and go over existing eyewear.

One very important safety feature occurs when you look up while wearing your SteadiHead......the laser automatically turns off and reactivates when you look back down.

The housing flips forward and removal of the small cap exposes the battery compartment.

There is a simple on/off switch on the top of the laser housing shifting to the left turns the SteadiHead on.

Your SteadiHead comes packaged in a stylish and durable case that can be clipped to you golf bag. 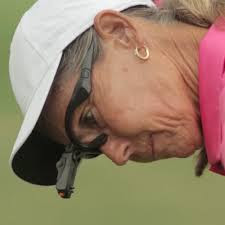 Pros: The SteadiHead Putting Aid is simple to use, provides "visual" feedback immediately and can improve your putting instantly! It promotes getting your eyes over the ball, "seeing" the intended line of your putt and keeping your head still throughout the stroke! Obviously, that all leads to a consistent set-up on every putt, becoming a confident putter and best of all making more putts! 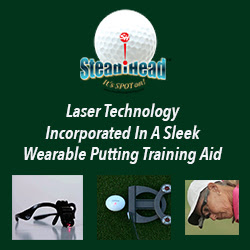 Cons: When first using the SteadiHead I noticed that I was over focused on keeping my head still instead of being relaxed. I found it to be extremely tricky to get the laser on the ball and keep it there! The last thing you want is more tension while putting. I quickly turned that around by taking one deep breath prior to my set up.
Also, if you want to add a SteadiHead to your training aid collection you must purchase it on line. We hope to see them in retail outlets soon! 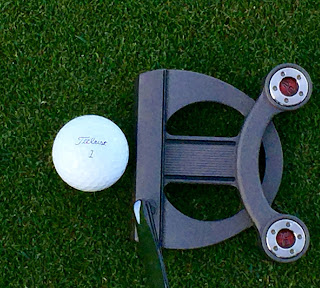 Performance/Playability: Let the testing begin! I started by setting up with an 8 foot putt that had about a ball of left to right break in it. Next, I took my stance with the SteadiHead in place as any normal pair of sunglasses would be. Then, I set my eyes over the ball and adjusted the laser in the correct position. Note: prior to testing the Steadihead part of my routine would be to drop a ball (while in my stance and over the ball) from between my eyes to verify if I was truly over the ball. This wasn't the best method but the only way I could "see" if I was close to over the ball with my eyes. Now with Laser Technology it's easy to see quickly where your eyes are!
Once the laser was set (see photo below) I would look down my intended line, follow laser back to center of ball and roll my putt focused on keeping my head still. The first few putts it was easy to see that my head was moving back on the take away and through as I struck the putts. Also, I noticed if my eyes (laser) moved forward to the inside I would miss my putts left and if laser went to the outside they were missed to the right. I then decided to re-group and make some strokes with no ball and focus on a steady head! We highly recommend doing this on a green, at home or anywhere you can make putting strokes!
Now, this was my trick - I poked a small tee hole in the green and placed my ball on the hole. Then once the putt was rolling I could tell (photo below) that my head remained steady and in place! From then on I would just listen for that awesome sound of the putts going in the cup. I began taking one deep breath prior to setting my eyes and striking the ball. The putts just kept going in! 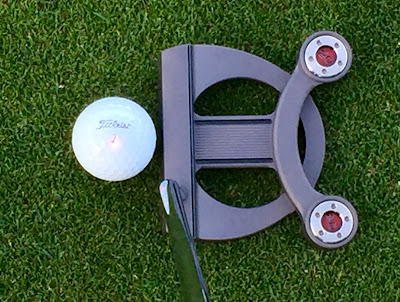 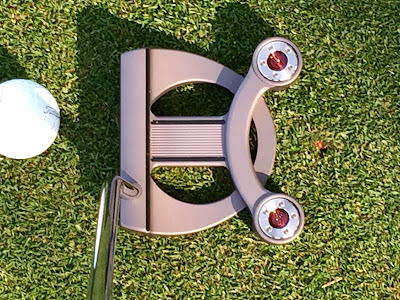 Innovation: Kudos to Bobbi Salmon for designing and developing what is one of the best Putting Training Aids on the market. It's simple to use, promotes a much needed steady head while putting, can be used anywhere, is a well made quality product, gives you immediate feedback and WILL make you a much better putter! While on the putting green we had 4 other golfers test The SteadiHead and every one of them loved it and quickly started making more putts! One of them took a photo of the carrying case (photo below) and said they will definitely order it after their round! 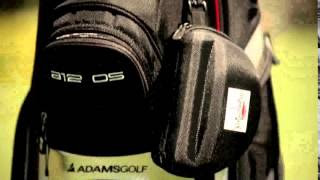 GO TIME GOLF Factor: If you want to make more putts it starts with a solid set up and your eyes over the ball. Then the key is keeping your head steady throughout the stroke. The SteadiHead Putting Aid was designed by a Pro to teach everyone how to become a better putter. If you're looking to lower your putts per round, make more of those 4-5 foot putts and lower your scores we suggest you order yours today!


It's GO TIME for The SteadiHead Putting Training Aid - Visit their site Now and Order Yours!
Note: Go Time Golf Members SAVE 10% on their orders. Get your code at GoTimeGolf.com


As our testers complete their reviews we will add them to this review! 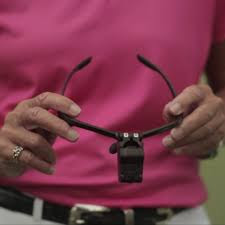